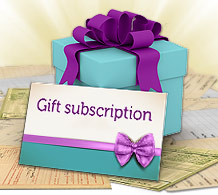 Last week the third series of Long Lost Family returned to our screens and what an emotional start it was! If you have never watched the show before, Long Lost Family traces and reunites divided family members.  The show is hosted by Davina McCall and Nicky Campbell and sponsored by Genes Reunited.

It was a very emotional start to Long Lost Family, there wasn’t a dry eye in the room!

Wendy grew up in Derry in the late 1970s and discovered she was adopted when she was 7 years old.  Her mother explained to her that she had fallen in love with an American serviceman, Grant Williams. The pair had been madly in love with each other but disaster stuck when Grant was accused of being a Republican sympathises and arrested. Grant was eventually deported back to America but stayed in contact with Wendy’s mother via letters. He learnt that he was to become a father and had planned to travel back to Ireland to help raise his child. Tragically his letters were intercepted by Wendy’s grandfather. Wendy and her father have a very moving reunion where Wendy learns that he treasured a baby photo of her all his life.

In episode 2 we also see Helen’s search for her son she was forced to give up for adoption more than 30 years ago. She is reunited with her son Dave in another heart-warming and emotional reunion.

If you missed either episode you can catch up here: http://itv.co/11XVqzX

Don’t forget to watch next week’s episode Monday 1st July at 9pm on ITV. Episode 3 focuses on brothers David and Paul’s search for their father in South Africa and Julia looks for her mother who left her to be brought up in a strict religious community.

What do you think of the series so far? Leave your thoughts in the comments box below.