As a way of saying thank you to our subscribers, we have launched Genes Extras. You'll find exclusive competitions and discounts on family history magazines, days out and much more.

Take me to Genes Extras

June Brown was born in 1927 in Suffolk making her the oldest person to have taken part in Who Do You Think You Are. The first episode of this series starts with June and her family before she embarks on her journey to discover her ancestors. She knows she has East End Jewish roots through her mother's side and is keen to find out more. 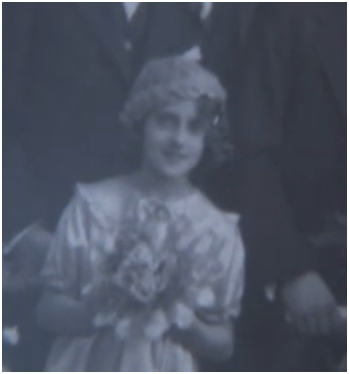 June's mother had told her that one of their ancestors was an east End bare knuckle fighter - Isaac Bitton. This is the side of the family June is keen to explore. June has collected a large number of photos and documents over the years and this includes a document that tells her she is a direct descendant of Isaac Bitton. The Who Do You Think You Are team have managed to trace June's family back to her GGG Grandfather, Isaac Bitton who was born in 1779. June is hoping that she'll now be able to travel further back in to her East End past.

June goes to meet Michael Bercowitz, an expert on Jewish London and the early years of British boxing. He starts by showing June a drawing of Isaac. Michael explains that Isaac was a big personality and known for being undefeated and an extremely powerful fighter.

Isaac lived in London's growing Jewish community in the East End. The blood thirsty sport of bare knuckle fighting was at the height of its popularity. There were few rules and bouts of fighting would continue for hours. It was an illegal sport and would take place covertly. It became very popular though and would be attended by all walks of society. Whilst the boxers made no money they would have been lauded by their aristocratic fans.

June learnt about Isaac's greatest fight was at the age of 23. It took place on Wimbledon Common in December 1802 and lasted 74 rounds! Isaac won this fight, the greatest of his career, and then retired - undefeated.

June now has clues to her family's Sephardic roots, meaning they originally came from Spain, and goes to the Bevis Marks Sephardic Synagogue to find out more. June sees details of Isaac's marriage to Hava and she finds out that his father was called Abraham.

In a charity ledger from 1798 it shows that Abraham was getting money every month from the charity till he died. His son Isaac had 11 children and he also continued to be given an allowance. Like many other poor people at the time, he relied on charitable donations to survive. What a hard life it must have been for them. Isaac died in 1839 at the age of 60. Sadly he died penniless and no memorial to him exists, despite his notoriety as a fighter.

To find out more June needs to turn her attention to Abraham, Isaac's father. It seems that it is most likely that he came from Amsterdam so June travels there to see if that's where Abraham and Isaac originated from and why they left.

In Amsterdam June sees Abraham in the records with his wife, Rachel de Castro Rodrigues, and their family. In Amsterdam the Jewish people were tolerated and were allowed to freely roam the city, unlike many other places. So, why did Isaac and Abraham leave such a tolerant city? Abraham did work in Amsterdam and he was most probably a hawker. However, he later appears on the list for poor relief which was at a time when the Dutch economy was struggling. So Abraham took his son Isaac and joined a wave of Jewish migrants who moved to London for a better life leaving behind his wife and children. Most likely they went to see if there was a chance for them over there and then he would call for his family later. However, in 1795 France invaded the Netherlands making it almost impossible to leave the country. The channel was blockaded, with Britain and France at war, meaning Rachel would be unable to re-join her husband and son. In 1801 Rachel was given money from the community to help her to survive. She was claiming for just 3 children meaning the others had died. Rachel died in Amsterdam in 1812.

Looking at the marriage records in Amsterdam June saw in 1762 an entry for Abraham Bitton from Livorno in Italy who married Rachel Rodrigues from Amsterdam. Having seen that her family had been spread far and wide June drily quips "I always said I was a mongrel!"

She also saw a letter from 1764 confirming Abraham's birth in 1732. His parents were Joseph and Simca Bitton. It said that Joseph was from the Spanish nation and his father, Abraham's grandfather, Isaque Bitton, was from Oran on the Barbary Coast, which is now known as Algeria. June learns that her family were expelled from Oran with all the other Jews in 1669.

Before pursuing this new information she goes to the Amsterdam Sephardic cemetery to find the grave of Rachel, her GGGG grandmother. The cemetery was opened in the early 17th century and is still cared for and used by Amsterdam's Sephardic community. Rachel died after all her children had passed away, but probably never knew that Isaac had survived in London. In a very moving moment June left a sunflower and, along with Jewish tradition, a stone at the place where Rachel was probably buried along with a photo of her son. 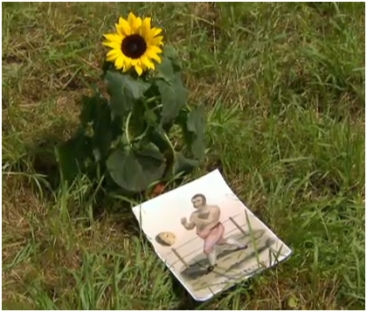 June found that her and Rachel had something in common. They'd both lost a child and then named a later child with the same name. Rachel had given birth to an Isaac and June had a Chloe.

Now she has to go back to Algeria when it was under Spanish Imperial rule to find out more about her Bitton ancestors. First she goes to Madrid, where records are kept. She is looking for details about her GGGGG Grandfather Isaque Bitton, who was expelled from Algeria in 1669. At the time religious intolerance raged. As Spain's empire expanded so a zealous Catholicism was branded on its new territories. A tribunal was set up and people were made to adhere to this. It became known as the Spanish Inquisition.

However, the Jewish people were allowed to stay and were put to use brokering deals between local farmers and Spanish buyers. In the local archives June meets a local historian who shows her a map of the western Mediterranean. She is shown a document that will give her clues to Abraham's life and that of his father Abraham. It is from 1637 and it tells us that two Jews from Oran, one being Abraham Benboton, have asked the Crown for the right to come to Spain for their business dealings. He was given a permit allowing him to travel safely in Spain. It turns out Abraham is one of the most senior members of the Jewish community so June travels to Toledo in Spain to the Sephardic synagogue. She is trying to find out how Abraham and his son went from being the good Jews of Oran to being cast out.

In Toledo she meets a Spanish language scholar and is shown a document about the expulsion of the Jews from Oran. The governor of Oran at the time knew that the expulsion of Jews would bolster his position in the Spanish court. The document talks about the ‘usefulness' of the Jews. The governor said that the Jews were no longer useful and should be excluded from the country. They were given 8 days to sort out their affairs before leaving. They were ordered to leave the Jewish quarter and were sent to a large boat that was ready to take them away, selling their possessions on the way. They were taken to Nice where the richest could leave the boat. The others were taken on to Ligorno, including Isaque and Abraham. We know Abraham, son of Abraham was born in Ligorno and then went on to Amsterdam.

June reflects on the fact that her ancestors never seemed to be able to settle anywhere for any length of time and how she feels the need to be settled herself. She obviously feels a real affinity with her Jewish roots.

What a great start to the new series!